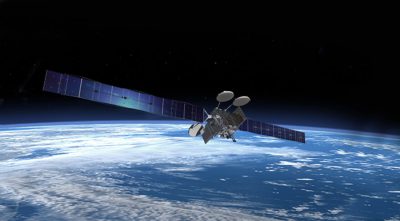 ViaSat-3 is a global constellation of three Ka-band communications satellites in geostationary orbit in, set to launch in 2021 by satellite operator Viasat, Inc. The satellites are intended to provide broadband connectivity with speeds of 100+ Mbps to homes, business and enterprise internet users, commercial-, government- and business aircraft, as well as government and defense markets, maritime and oceanic enterprises in the Americas, Europe, the Middle-East, Africa and Asia-Pacific.

The satellites were first announced in 2015. In February 2016, Viasat announced a partnership with Boeing Satellite Systems. For each of the three ViaSat-3 class satellites, Viasat will build the satellite payload, integrate the payload into the Boeing-provided payload module. Boeing will provide the scalable 702 satellite platform, system integration and test, launch vehicle integration and mission operations services. Each ViaSat-3 satellite payload is being manufactured at Viasat’s own manufacturing facility in Tempe, Arizona USA. The satellites are expected to weigh 6,400 kg each and are projected to have a total network capacity over 1Tbps.

ViaSat-3 (EMEA) was originally to be procured jointly with satellite operator Eutelsat, but in May 2018, Eutelsat dropped out of the joint venture.

Viasat has three launch contracts, one for each ViaSat-3 class satellite. The company announced plans to launch one of the satellites with launch operator Arianespace on their new Ariane 64 rocket, one with ULA’s Atlas 5 and one with SpaceX on the Falcon Heavy. 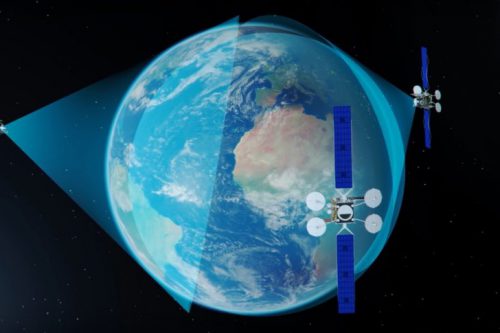 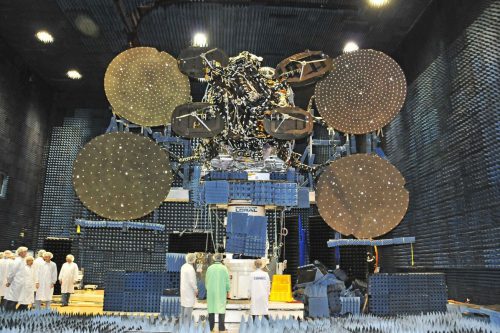 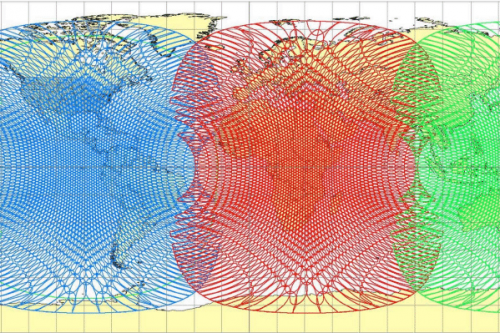