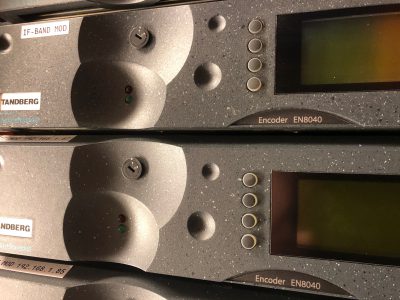 The EN8040 is TANDBERG Television’s second-generation AVC multi-format DSNG. It is a ‘flagship’ product that reflects TANDBERG Television’s technology leadership and unique ability to create products of the very highest class. Unmatched in so many areas, the EN8040 excels whether you are considering its features, performance or the multiple upgrade paths that we offer for upgrading existing equipment to this exemplary standard.

The EN8040 is multi-standard and multi-format. Its hardware has the ability to support a variety of advanced encoding schemes as well as DVB-S2 modulation. This combination allows considerable bandwidth savings that can equate to transmitting high-quality HD within transponder bandwidths typically used for SD today. The benefits extend to far more than simply minimizing the transponder costs for HD, and includes the prevention of expensive upgrades to the truck’s transmission infrastructure, the ability to use compact, power-limited fly-away antennas robustly for SD or HD, and even the ability to also use the EN8040 for terrestrial microwave (DENG) applications, where SD-standards of radio-link range and robustness can be achieved with HD.

Since the Tandberg EN8040 MPEG-4 Encoder has been designed to bring the benefits of H.264-AVC encoding to professional contribution and distribution applications, particular attention has been paid to end-to-end latency. We can offer very low latency modes for the encoder which are complimented by an optional low latency mode for the RX1290 decoder.

We have various units available from the shelf, tested and ready to go with a 90-day warranty.
In the recent past we provided EN8040 encoders to broadcasters in Italy and Middle-East. 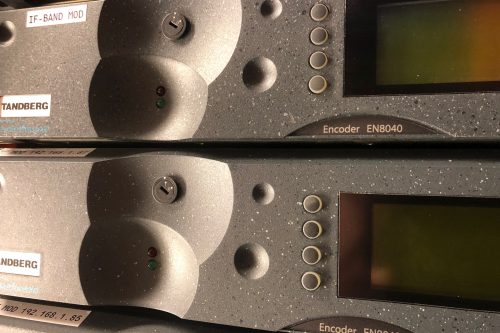