In late 2001 PanAmSat exercised an option for two additional C-band spacecraft, Galaxy-14 and Galaxy-15. The satellites would distribute entertainment and information to cable television systems, TV broadcast affiliates, DTH-television operators, ISP’s, telecommunications companies and corporations.
The contract for Galaxy-15 was modified in late 2003 to include L-band transponders.

Galaxy-14 was successfully launched on August 13th, 2005, on a Soyuz-Fregat rocket booster, operated by launch operator Arianespace, from the Baikonour Cosmodrome in Kazachstan.

To comply with PanAmSat’s requirements, Arianespace and partner Starsem decided that the launch of Galaxy-14, initially planned on an Ariane 5, would be performed by a Soyuz vehicle. This transfer was made possible with the launcher family concept developed by Arianespace and Starsem, which provides the maximum responsiveness to customers’ needs. Galaxy-14 was the 19th satellite orbited by the Arianespace family of launchers for PanAmSat. 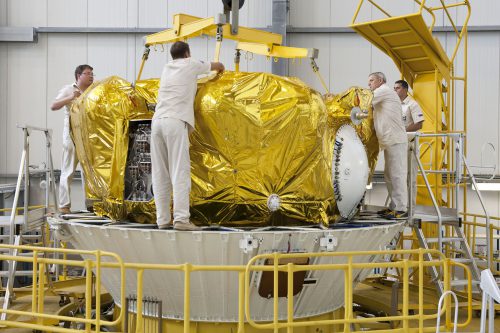 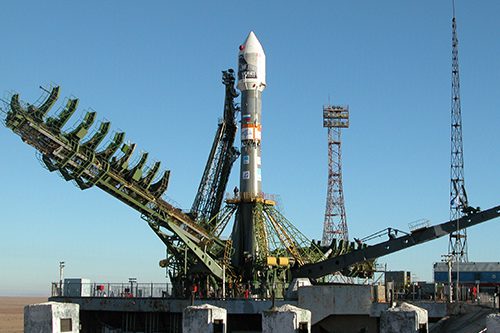 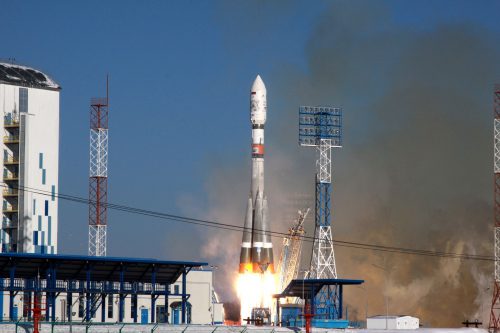 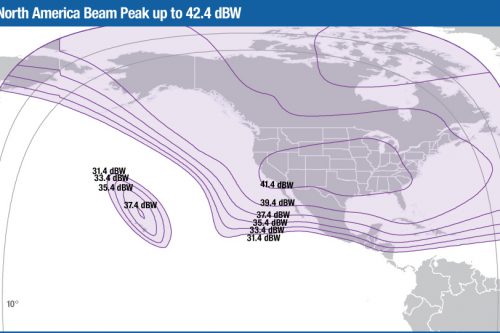