The C- and Ku-band satellite will provide service to North America, Central America and the Caribbean. In February 2007, after the acquisition of PanAmSat, satellite operator Intelsat changed the name of the Intelsat Americas 9 satellite to Galaxy-19, broadcasting 172 Free-To-Air channels for North American televisions, from a diverse list of national and international sources.

The satellite’s hybrid C- and Ku-band communications payload carries a total of 52 operating transponders, selectable among 62 discrete frequencies, providing a total of 1,944 MHz of downlink capacity. Coverage areas are provided by fixed C- and Ku-band antennas, in addition to an adjustable Ku-band spot beam that can be positioned anywhere on the earth’s surface visible from the satellite’s orbital position. The satellite is designed to operate from any of Intelsat’s orbital locations from 77° West to 129° West longitude. The satellite is scheduled for delivery to Intelsat in 2007 and has a design life of 13 years. Galaxy-19 will cover North America and replace Galaxy-25 that became EOL.

Galaxy-19 was successfully launched on September 24th, 2008 on a Zenit-3SL launcher operated by launch operator Sea Launch from the Odyssey launch platform. 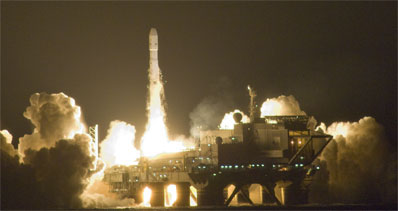 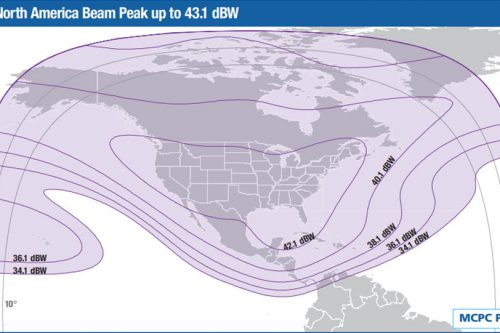 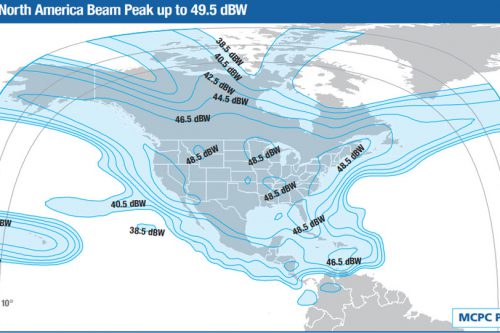