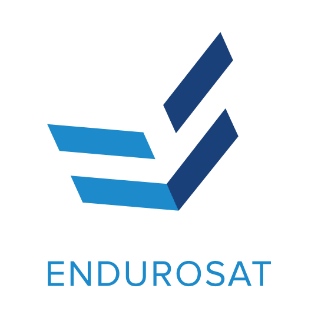 EnduroSat is an innovative satellite company designing and engineering CubeSats and Nano-satellites for business applications and space exploration missions. The company is headquartered in Sofia, Bulgaria and focuses on swarm or constellation satellite applications, the construction of customized Micro-satellites and provides complete support for full-cycle missions.

In June 2021 the company launched Spartan (Shared Platform for Applied Research and Technology Affirmation). The platform is the first of several upcoming shared satellite missions, empowering EnduroSat’s commercial partners and their space capabilities. The satellite architecture allows for multiple payloads to operate together reliably on a single Nano-satellite. Each of the payloads has access to onboard processing, power and pointing capability, making multi-tasking in space possible. Direct access to the payload data is available in the cloud via EnduroSat’s own Digital Ground Station.

In January 2022 EnduroSat signed a contract with Kenya’s SayarLabs to provide and operate a 3U CubeSat-class spacecraft TAIFA-1. TAIFA-1, meaning ‘One Nation’ from Swahili, will be the first Kenyan 3U software-defined Nano-satellite and will be flying to orbit on a SpaceX’ Falcon 9 rocket.

EnduroSat was founded in January 2015 by Raycho Raychev (CEO). Prior to the company Raychev founded massive space educational platform Spaceport and practice-oriented space course, Space Challenges. Raychev education includes a Master of Science from International Space University as well as Innovation and Growth Program from Stanford University and Endeavor.

On May 21st, 2018 the company launched the EnduroSat-1 CubeSat with an Antares launch vehicle, operated by OrbitalATK (Northrop Grumman), on the cargo resupply mission Cygnus CRS-9 to the ISS. The launch was the first Bulgarian radio amateur CubeSat mission that was deployed on July 13th, 2018 via the ISS’ JEM airlock.

In November 2020, EnduroSat and Kuwait’s Orbital Space partnered to enhance the growth and development of CubeSat services in the Middle-East. The first CubeSat, QMR-KWT – ‘Moon of Kuwait’ in Arabic, was launched with D-Orbit’s ION-SCV 003 satellite deployer with the Transporter-2 Ride-share mission on a Falcon 9 rocket operated by SpaceX.

Also in November 2020, South-Africa based Hypernova Space Technologies signed a contract with the company to fly its first innovative thruster mission on EnduroSat’s 6U CubeSat platform. The spacecraft, Elysian Eleonora, was launched on D-Orbit’s ION SCV-004 deployer with the SpaceX Transporter-3 Ride-share mission on January 13th, 2022.

On June 30th, 2021 the company launched Spartan (Shared Platform for Applied Research and Technology Affirmation) with D-Orbit’s ION-SCV 003 satellite deployer with the Transporter-2 Ride-share mission on a Falcon 9 rocket operated by SpaceX.

In January 2022 Endurosat signed a contract with Kenya’s SayarLabs to provide and operate the 3U CubeSat TAIFA-1. The satellite will be the first Kenyan 3U software-defined Nano-satellite and will be flying to orbit on a SpaceX’ Falcon 9 rocket. The launch is scheduled for Q4 2022.