Skybrokers exchanged an elevation jack of a VertexRSI 11.1m antenna for Media Broadcast Satellite in Germany 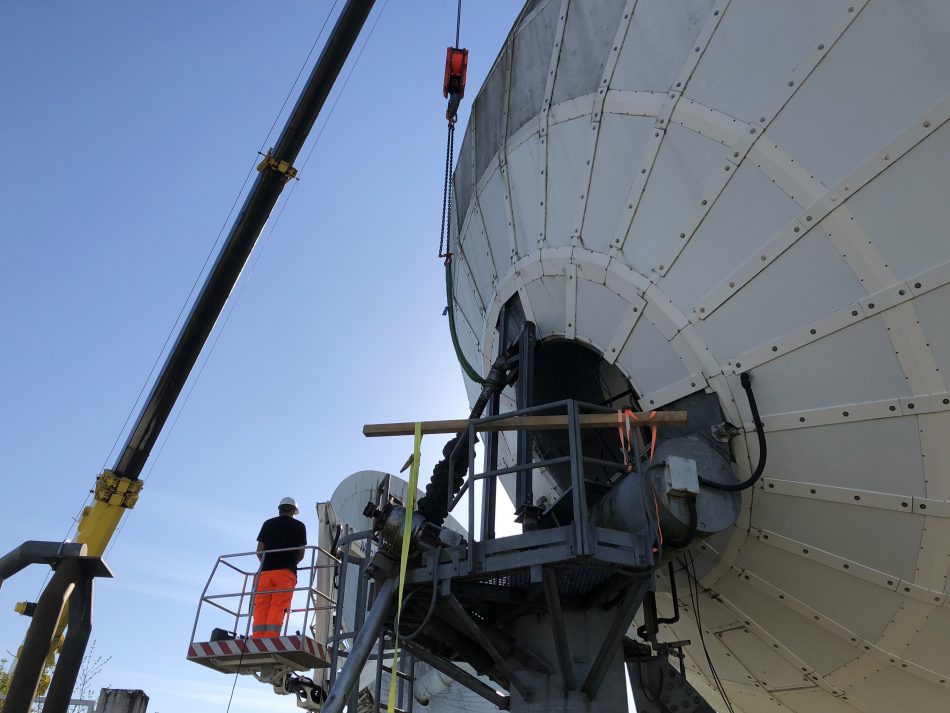 Skybrokers exchanged an elevation jack of a VertexRSI 11.1m antenna

Skybrokers was requested to exchange a faulty elevation jack of a VertexRSI 11.1m Earth Station Antenna located at Media Broadcast Satellite teleport in Usingen, Germany. The installation team exchanged the jack using a tailor made support frame to stabilize the main reflector. Lifting operations and replacement could be done in an efficient way. The project was successfully executed in June 2018.

Hi Walter, everything went smooth and the 11.1m antenna works fine again. Thanks a lot for quick replacement of the EL jack!