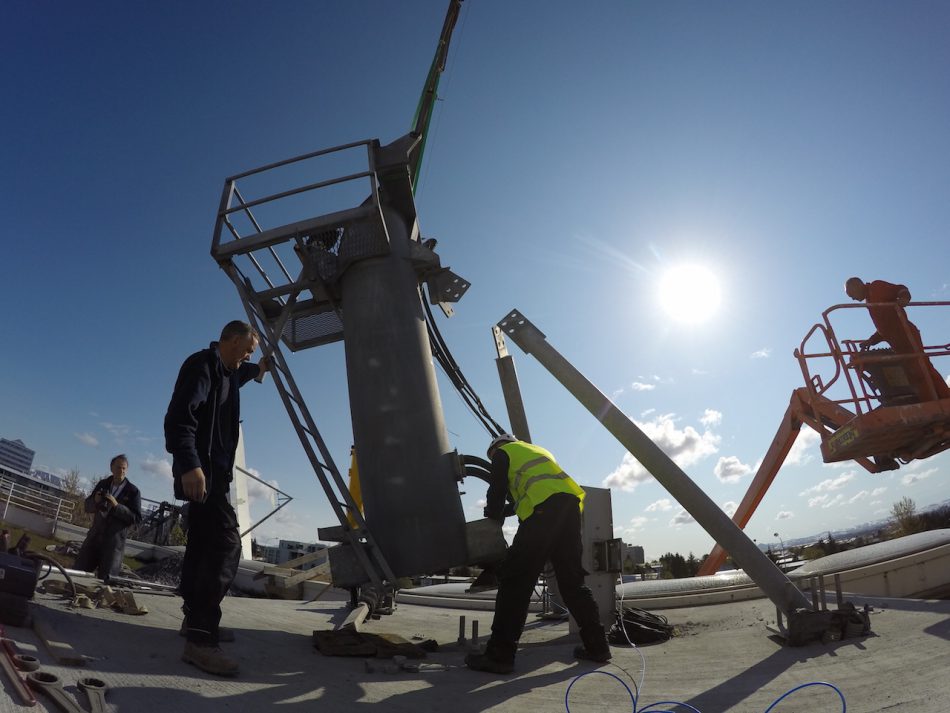 Skybrokers was contracted to coordinate a VertexRSI 8.1m Earth Station Antenna relocation for RÚV in Reykjavik, Iceland. In conjunction with S3 Satcom and Laban Communications we supervised the antenna move and re-commissioning. Skybrokers relocated a VertexRSI 8.1m Earth Station antenna and the end customer was happy with the efficient relocation that went very smooth. This project was finished in May 2016.

The Icelandic National Broadcasting Service (Ríkisútvarpið, or RÚV), is an independent public service broadcaster in Iceland, comprising television, radio and online services. The company is operating studios oin Reykjavik and regional centers around the country and is broadcasting the Icelandic public radio channels Rás 1, Rás 2 and Rondó as well as the public TV channels RÚV and RÚV 2.

In 1930 RÚV began radio broadcasting and its first television transmissions were made in 1966. In both cases coverage quickly reached nearly every household in Iceland.

The company is funded by a broadcast receiving licence fee collected from every income tax payer, as well as from a limited amount of on-air advertising. RÚV has been a full active member of the European Broadcasting Union (EBU) since 1956.