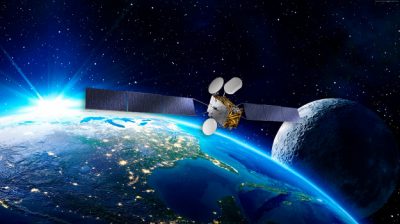 The TürkmenÄlem 52°E/MonacoSat satellite is jointly owned by the Ministry of Communication of Turkmenistan and SSI – Monaco. The satellite was built by Thales Alenia Space based on their SPACEBUS 4000 C2.The satellite has 38 Ku-band transponders providing coverage in Europe, the Middle East, Africa and Asia with three downlink beams:

In particular, MonacoSAT provides growth potential for the satellite operator Yahsat, based in Abu Dhabi, and satellite operator SES, based in Luxembourg,  joint venture bouquet YahLive, additional to the broadcasts from YahSat 1A at the adjacent orbital position of 52.5° East.

The satellite was originally intended to be launched on a Chinese Long March 3B rocket, operated by launch operator CGWIC, but International Traffic in Arms Regulations (ITAR) prevented some US-made parts being exported to China for the launch. The launch was switched to SpaceX in June 2013 for launching the satellite on a Falcon 9 rocket. The launch was first scheduled for March 21st, 2015 but was delayed due to a possible problem with a helium pressurisation system on the Falcon 9 rocket. The subsequent launch was executed on April 27th, 2015. 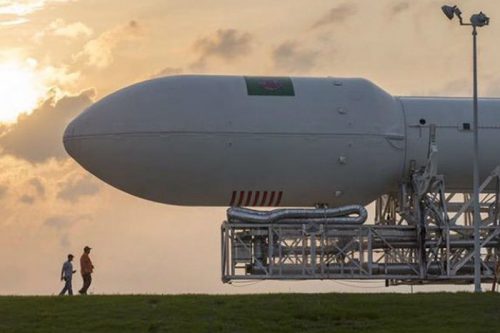 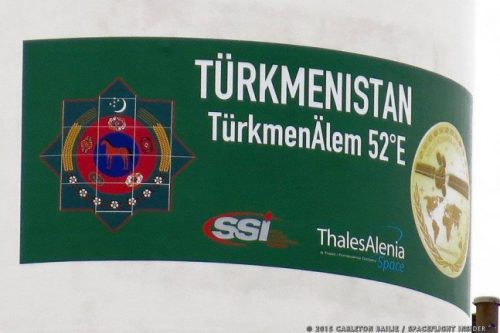 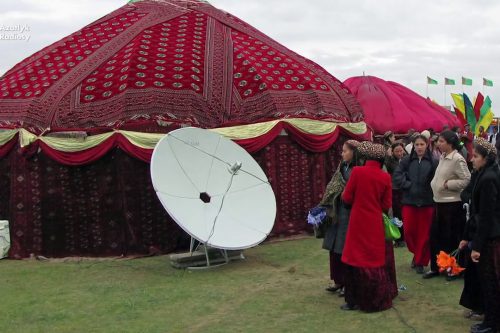