Home » Projects » Skybrokers decommissioned an Andrew 9.3m and a Viasat 11.3m antenna at the AT&T site in Redditch, UK for EMC (GEE/Anuvu)

Skybrokers decommissioned an Andrew 9.3m and a Viasat 11.3m antenna at the AT&T site in Redditch, UK for EMC (GEE/Anuvu) 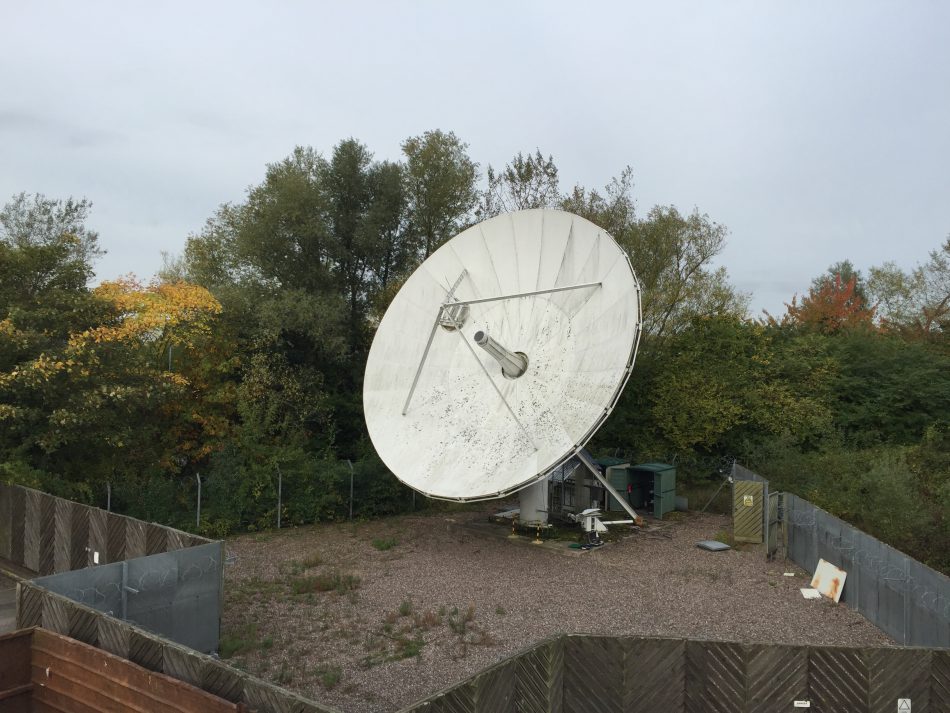 In October 2015 Skybrokers removed two large Earth Station antennas from the AT&T site in Redditch, close to Birmingham in the UK, for EMC, formerly Global Eagle Entertainment/Anuvu. The project was executed by a three-member project and installation team and took two weeks. We could meet the stringent Health & Safety regulations by working safe and efficient. Skybrokers decommissioned two satellite antennas at AT&T site in UK that were transported back to our facility in Central Europe for Earth Station Antenna refurbishment prior to sale.

In July 2020 GEE filed for Chapter 11 bankruptcy protection, citing the COVID-19 pandemic’s impact on global travel and the significantly reduction of airline and cruise line activities. In May 2021 GEE changed its name to Anuvu when the company emerged from Chapter 11, reflecting its focus on next-generation passenger and guest connected experiences in the air and at sea. 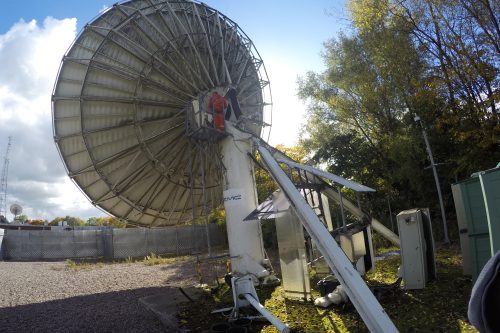 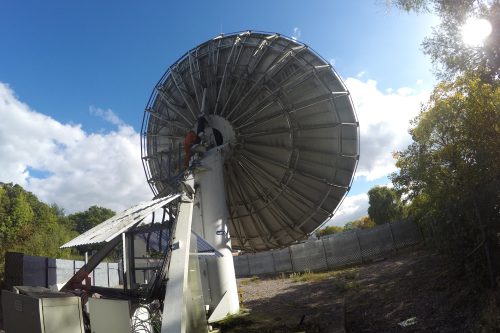 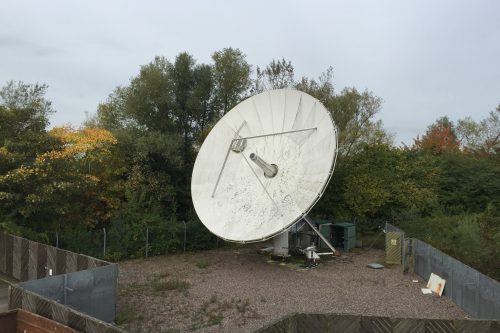 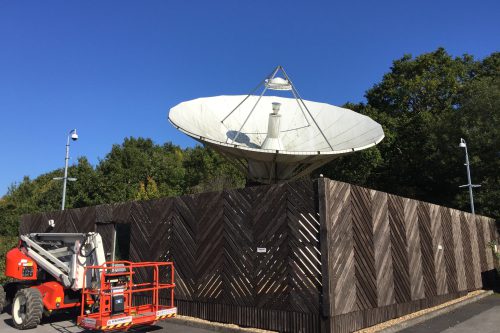 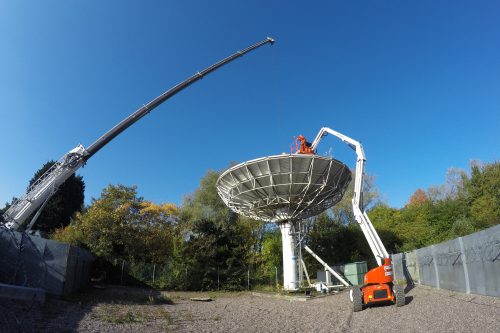 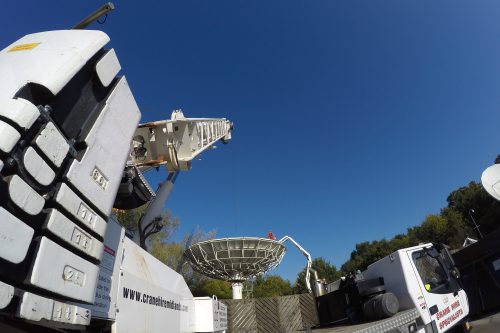 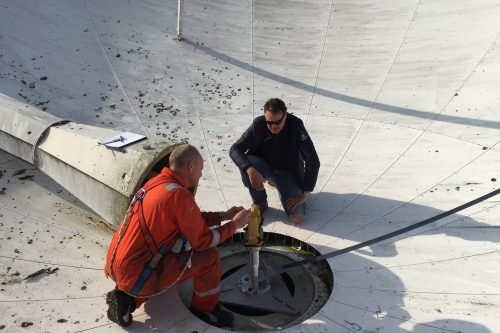 Alignment data is collected prior to de-install. 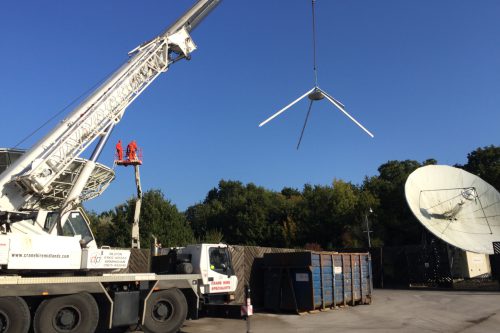 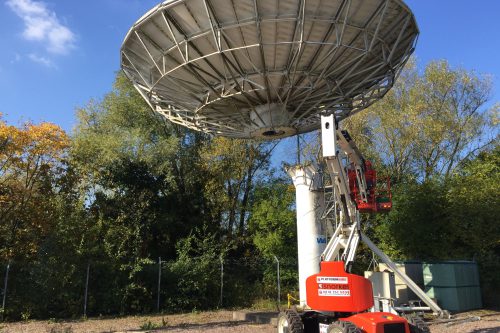 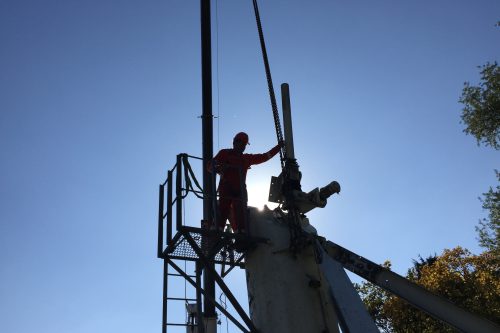 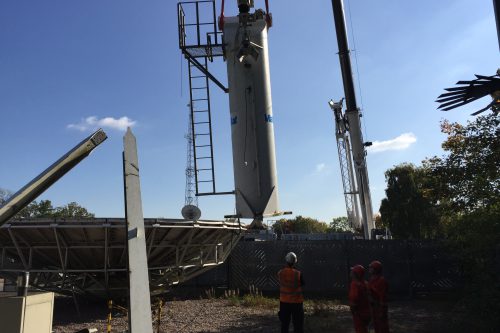 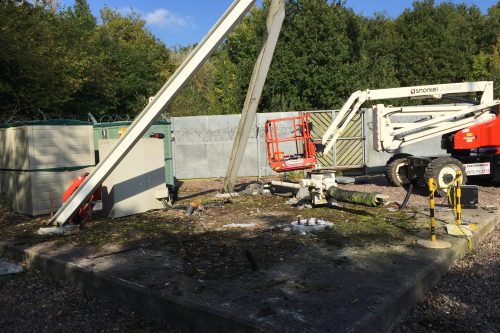 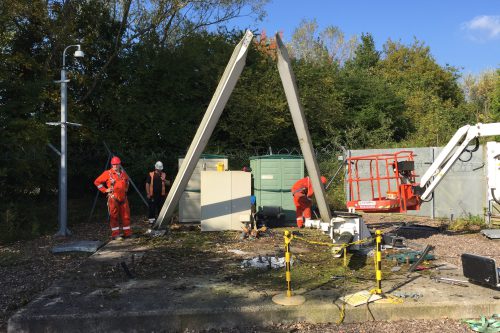 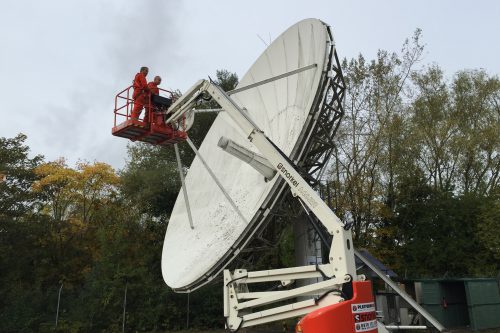 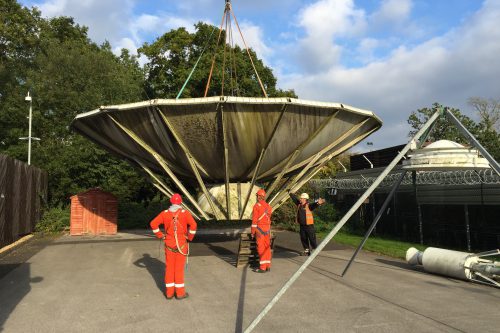 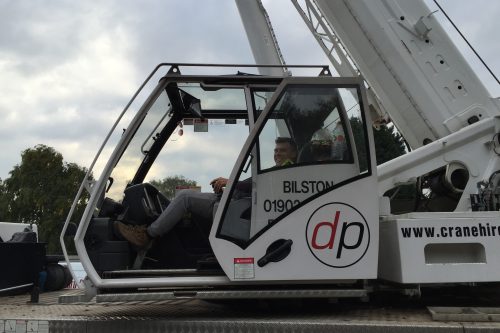 Our crane driver did a very good jib.