Satellite operator Intelsat ordered the new Intelsat 33e (IS-33e) satellite in August 2013 with manufacturer Boeing Defense & Space. The satellite was designed for a lifespan of 15+ years and is based on the BSS-702MP platform.

The satellite carries C- and Ku-band High-Trough Put transponders for Intelsat’s Epic system. The payload is powered by two solar wings, each with four panels of ultra-triple-junction gallium arsenide solar cells. Intelsat-33e is positioned at 60° East to replace Intelsat 904.

Intelsat 33e satellite was successfully launched on in August 2016 together with Intelsat-36. The raise to geostationary orbit was delayed, as the satellite suffered a malfunction of the primary thruster, which delays the entry into service until first quarter of 2017. The effect of the thruster malfunction on Intelsat-33e’s lifespan was minimal. In August 2017, another propulsion issue appeared, leading to larger-than-expected propellant usage to control the satellite attitude during the North/South station keeping maneuvers. This issue reduced the orbital life-time by about 3.5 years.

Intelsat-33e was launched on August 24th, 2016 in a dual launch with Intelsat-36 satellite on an Ariane 5ECA rocket booster operated by launch operator Arianespace from the Kourou Space Port launch site in French Guyana. 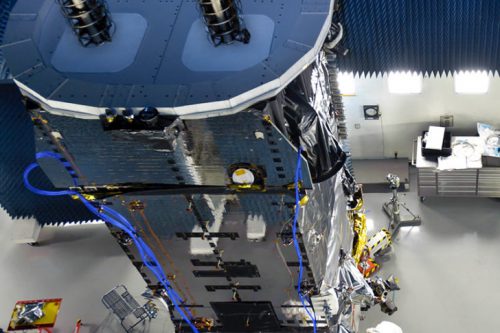 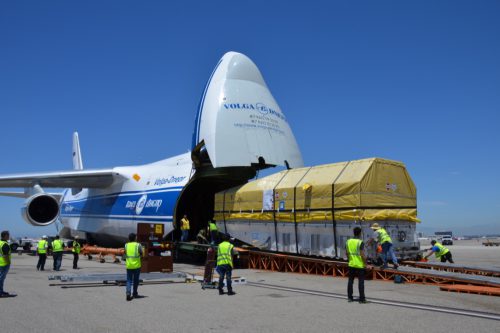 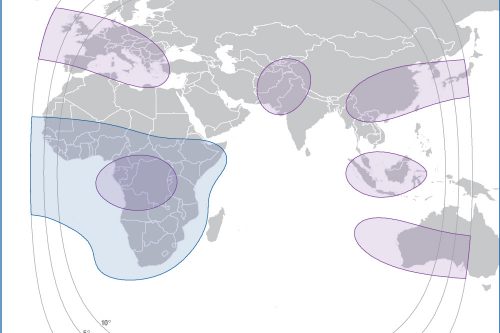 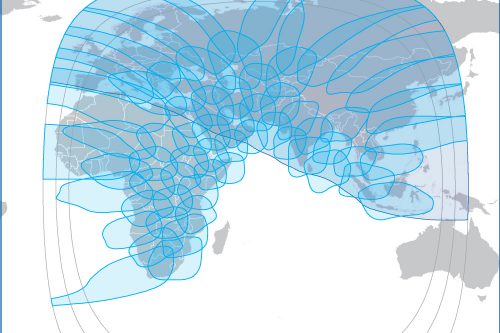