ChinaSat-9 satellite was ordered with Alcatel Space (Thales Alenia Space), and is operated by satellite operator ChinaSat. The satellite will enable ChinaSat to be the first state-owned Chinese company to provide satellite broadcast services in China.

ChinaSat-9 was the last of a number of communications satellites which have been launched by China over time to boost capacity for the Olympic Games, including the Sinosat-2 spacecraft, which was lost after it failed to deploy its solar panels subsequent to its launch in late 2006. The Olympic Games took place in August 2008.

The ChinaSat-9 satellite, based on the Spacebus 4000C1 platform, is fitted with 22 active Ku-band transponders for broadcast satellite services (BSS), including eighteen 36-MHz and four 54-MHz channels. ChinaSat 9 will weigh about 4,500 kilograms at liftoff and offer life power of about 11kW. Positioned at 92.2° East, it offers a design life of more than 15 years.

The ChinaSat-9 satellite was launched on June 9th, 2008 on a Long March 3B (CZ-3B) rocket operated by launch operator CGWIC, from the Xichang LA-2 launch base. 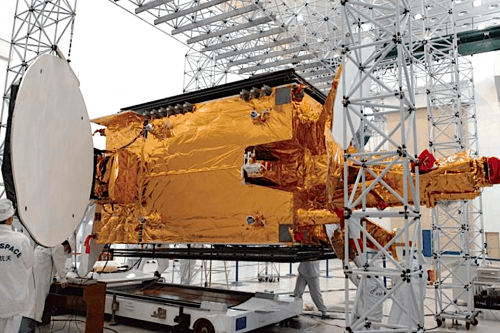 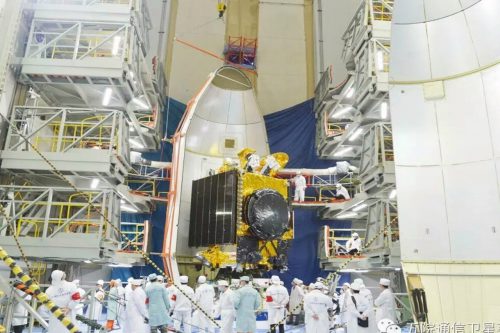 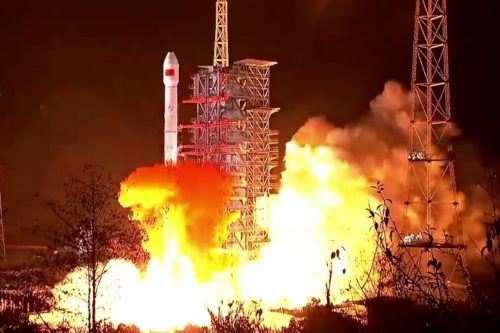 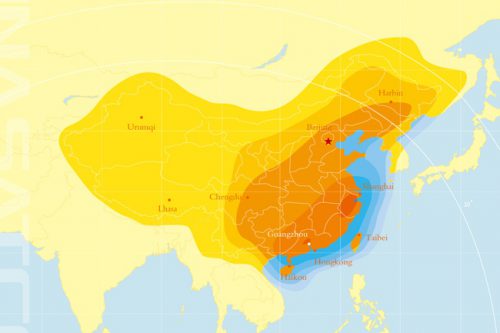