In the autumn of 2003, PanAmSat, modified its contract with Orbital for Galaxy-15, the third Star-2 spacecraft under construction for its North American fleet. A second U.S. Government sponsored L-band Wide Area Augmentation System (WAAS-GEO 3) payload was added to the satellite’s original C-band commercial payload as part of the Geostationary Communications and Control Segment (GCCS) program being integrated by Lockheed Martin for the U.S. Federal Aviation Administration. Galaxy-15 relays GPS navigation information to in-flight aircraft, providing super-accurate guidance to pilots at thousands of airports and airstrips where there is currently no precision landing capability.

In 2010 Galaxy-15 stopped reacting to ground commands and began drifting along the geostationary arc, with the transponders still broadcasting. After a monthlong journey, the batteries were finally drained in December 2010 leading to a reset of the systems. After that, control was regained over the satellite.

In February 2007, after the acquisition of PanAmSat, satellite operator Intelsat officially named the satellite Galaxy-15.

In August 2022 Intelsat lost control over their Galaxy 15 (G-15) satellite and Intelsat engineers have shut down the satellite’s payload. G-15 was no longer transmitting signals back to Earth and operators were re-programming the services as the spacecraft drifted out of its orbital position. Intelsat is coordinated “fly-by” procedures to avoid physical collision with another spacecraft. G-15 customers were moved to Galaxy 23 for the time being, until G-15’s replacement, Galaxy 33, launches in October 2022.

Galaxy-15 was successfully launched on October 13th, 2005, on an Ariane 44L rocket, operated by launch operator Arianespace, from the Kourou Space Port in French Guyana. 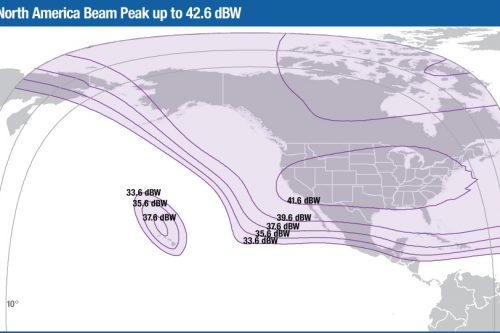