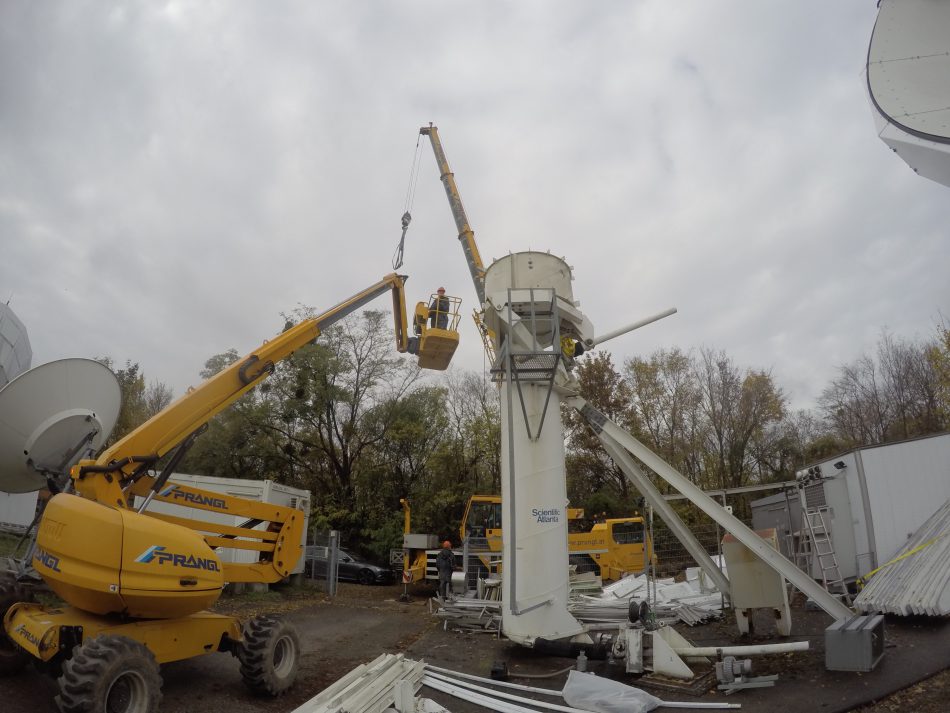 Skybrokers de-installed a VertexRSI 9m Antenna at the ORF Austria

Skybrokers was requested to de-install a VertexRSI 9.0m Earth Station Antenna at ORF in Vienna Austria. This was a special project due to limited space at the site. The team had to dismantle the antenna reflector in the air and remove antenna parts to a separate loading place. We used a flat-bed truck for transportation along small roads. Skybrokers de-installed a VertexRSI 9m Antenna, the Earth Station Antenna de-installation was performed by a two member installation team and took 1 week in November 2016.

Austria was the last country in continental Europe after Albania to allow nationwide private television broadcasting, although commercial TV channels from neighboring Germany have been present in Austria on pay-TV and via terrestrial overspill since the 1980s.