The satellites enable SES to provide analog and digital television programs together. Most operate at 19.2 degrees East longitude. On Astra 1C, the 18 transmission frequencies can be selected on-orbit from 34 possibilities. On 1G, 1H, and 2A 56 possibilities are available, most in the BSS band. Because each spacecraft will provide an effective isotropic radiated power (EIRP) typically 51dBW, these satellites deliver video and audio signals strong enough to be received by existing 60-cm dishes.

Astra 1G is the first in the series with the HS 601HP (for high power) configuration. Astra 2A is identical, but is located at SES’ second orbital position of 28.2 degrees East. Enhancements over the basic HS 601 design include the use of gallium arsenide solar cells, instead of silicon, to generate 6 kilowatts of payload power for the Astra spacecraft. Another new feature is an advanced antenna design, using two large lightweight Gregorian reflector systems featuring Hughes’ contoured-surface technology.

Astra 1G was launched on December 2nd, 1997, on a Proton K rocket operated by launch operator ILS from the Baikonour Cosmodrome launch site in Kazachstan. 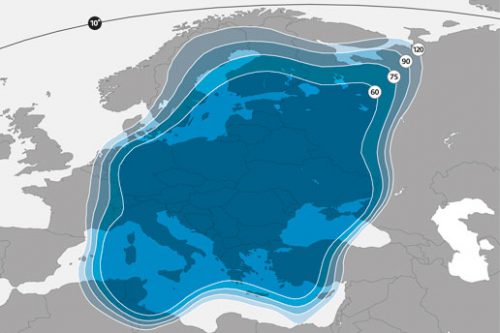 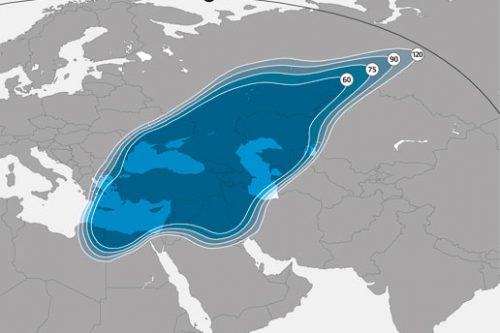