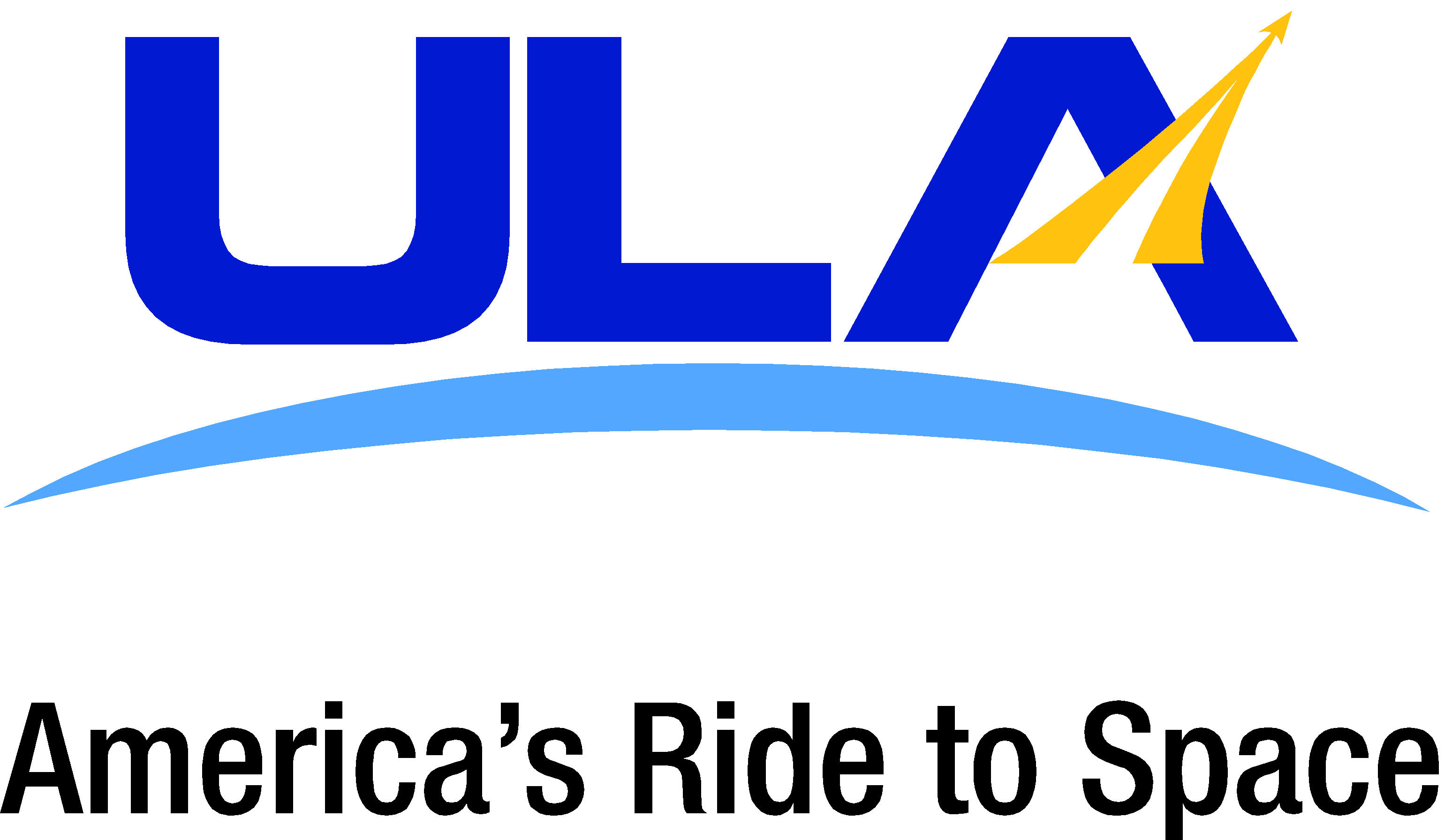 Launch Company United Launch Alliance (ULA) is a joint venture of Lockheed Martin Space Systems and Boeing Defense, Space & Security. ULA was founded in December 2006 by combining the teams at these companies that provided spacecraft launch services to the government of the United States. U.S. government launch customers included the Department of Defense and NASA, as well as other organizations. With ULA, Lockheed and Boeing held a monopoly on military launches for more than a decade, until the US Air Force awarded a GPS satellite contract to SpaceX in 2016.

Beginning in October 2014, Launch Company United Launch Alliance (ULA) undertook a substantial restructuring of the company, its products and processes in order to decrease launch costs. ULA planned on building a new rocket that would be a successor to the Atlas V, using a new rocket engine on the first stage. The key design of the new rocket were released end of 2014. In April 2015, the company unveiled the new vehicle as the Vulcan, with its maiden flight scheduled in 2019. The Vulcan’s first flight was delayed to 2022 due to delays in the payload readiness.

On May 2nd 2005 Lockheed Martin and Boeing announced their intent to form the United Launch Alliance joint venture. ULA consolidated the production of the government space launch services of the two companies into one central plant in Decatur, Alabama, and merged all engineering into another central plant in Littleton, Colorado. Boeing Integrated Defense Systems Delta IV and Lockheed Martin Space Systems Atlas V are both launchers developed for the Evolved Expendable Launch Vehicle program intended to provide the US government with competitively priced, assured access to space.

ULA had a peak of six space launch facilities during the period of 2005 and 2011. It announced a consolidation to five in 2008 with the intent to close one of its two Delta II pads, and closed the pad at Cape Canaveral after its final Delta II launch in 2011.

On October 23rd 2005 SpaceX challenged the United States antitrust law legality of the launch services monopoly by competing for government launch contracts with their Falcon 9 rocket. The FTC gave their anti-trust clearance on October 3rd, 2006.

Two years following company formation from units of Boeing and Lockheed Martin, ULA announced it would lay off 350 workers in early 2009, reducing from a company-wide employment of 4,200 employees in 2008. In the event, ULA had approximately 3,900 employees by August 2009.  In late 2009, ULA announced that it intended to build a new headquarters campus for its operations south of Denver, in Centennial, Colorado, in order to move away from facility space it had shared with Lockheed Martin since 2006 when ULA was founded.

In September 2014 the company won a contract from the United States Air Force for 938 million USD for additional work on military rocket launch services related to its existing contracts with the US Air Force.

ULA announced in February 2015 that they are considering undertaking domestic production of the Russian RD-180 engine at the Decatur, Alabama rocket stage-manufacturing facility. The US-manufactured engines would be used only for government civil (NASA) or commercial launches, and would not be used for US military launches.

On September 8th, 2015, technology based company Aerojet Rocketdyne Holdings Inc. submitted a 2 billion USD offer to purchase ULA. According to industry officials, the bid, if successful, would likely create a unified leadership for the company. According to Boeing it appeared that the bid was never “seriously entertained” and the offer was rejected.

Late 2014, Launch Company United Launch Alliance (ULA) announced a major restructuring of processes and workforce in order to decrease launch costs by half. One of the reasons given for the restructuring and new cost reduction goals was competition from SpaceX. ULA intends to have preliminary design ideas in place for a blending of the Atlas V and Delta IV technology to build a successor that will allow them to cut launch costs in half.

In November 2014 rocket engine supplier Blue Origin, entered into a partnership with ULA whereby Blue Origin would produce a large rocket engine, the BE-4, for ULA’s Vulcan launch vehicle, replacing the Atlas V. Blue Origin, founded by Amazon owner Jeff Bezos, became a part of a “dramatic metamorphosis” of the space industry in recent years having moved into the orbital spaceflight technology business in 2014.

CEO Tory Bruno stated in November 2014 that he intends to transform the company and reorganize it “to make it more agile, and establish new business models to adapt to the new environment. These changes will lead to improvements in how ULA interacts with its customers, both governmental and commercial, shorter launch cycles, and launch costs cut in half again.” ULA intends to shrink the number of company launch pads from six in 2008 and five in 2015 to only two by 2021 as they ramp down the legacy Atlas V and Delta IV launch vehicles.

In May 2015, ULA would decrease its executive ranks by 30% in December 2015, with the layoff of 12 executives. The management layoffs are the ‘beginning of a major reorganization and redesign’ as ULA endeavors to ‘slash costs and hunt out new customers to ensure continued growth despite the rise of SpaceX.

In May 2015, ULA stated that it would go out of business unless it won commercial and civil satellite launch orders to offset an expected slump in US military and spy launches.

As of 2020, the company is developing the Vulcan Centaur, a successor to the Atlas V that includes some Delta IV technology. As of 2019, Vulcan launches were planned to begin in 2021. The Advanced Cryogenic Evolved Stage (ACES) is planned to replace Centaur V on Vulcan from 2023.

ULA has announced plans to reduce the number of launch pads in use from five in 2015 to only two by 2021, as part of overall company restructuring and the transition from the legacy Atlas V and Delta IV launch vehicles and to a next-generation launch vehicle (Vulcan rocket).

ULA combines the production, engineering, test and launch operations associated with US government launches of Boeing Delta and Lockheed Martin Atlas rockets, providing space launch services for the government of the US at lower cost.

Atlas
Built on a heritage of sequential enhancements to the Atlas I, II and III families and developed in partnership with the US Air Force Evolved Expendable Launch Vehicle (EELV) program, the Atlas V provides a single system that can accommodate medium-lift to heavy-lift missions for US government and commercial launch customers. The continuous improvement approach builds on flight-proven components and previous configurations, including the Centaur upper stage flown on Atlas and Titan vehicles since the 1960’s and the RD-180 main engine, which first flew on the Atlas III. The Atlas I, II and III families are now retired.

Delta
Delta rockets have been built and launched since 1960. Delta’s origins go back to the Thor intermediate-range ballistic missile, which was developed in the mid-50 for the US Air Force. The Thor, a single-stage, liquid-fueled rocket, was modified to become the Delta launch vehicle, which later evolved into the Delta II.  Delta IV was developed in partnership with the US Air Force EELV program and is the most advanced family of Delta rockets. Delta IV blends advanced and proven technology to launch virtually any size medium-to-heavy class payload to space.

Vulcan
ULA wants to replace the Delta and Atlas launchers by a reusable rocket, the Vulcan, named after Star Trek Vulcan Spock, to compete with innovative companies like Elon Musk’s SpaceX and Aerospace Company Blue Origin, owned by Amazon founder Jeff Bezos. The development of the Vulcan is funded by a public–private partnership with the US government that committed 201 million USD.